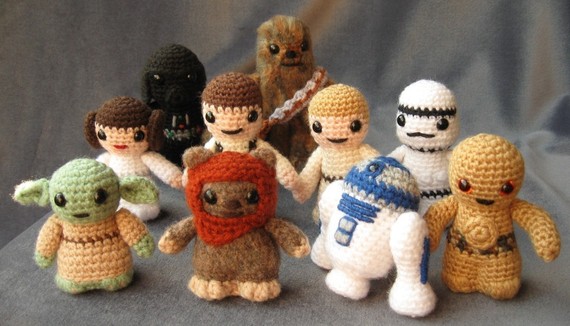 If there’s a geek you know and you’d like to give that person a gift this holiday season, be advised that it’s not as hard as you might think.

Finding a gift for a geek may seem like a challenging task to someone who isn’t a geek, but geek culture is so prevalent across the Internet that it’s not difficult at all to find something for that special nerd in your life.

Here are five geeky gift ideas for the holidays.

Yes, there is a spatula shaped like the Starship Enterprise. The round, flat head of the famous spaceship is the part that’s used to pick up and flip pancakes or place delicious burgers on buns.

No self-respecting geek will hate you for getting him or her a culinary utensil that looks like a spacecraft from one of the most famous television shows in the history of geek culture.

2. A Doctor Who TARDIS beach towel

The rectangular shape of a beach towel is a perfect match for the phone box that The Doctor uses to travel through time and space. Why not pick up a towel with an image of the TARDIS emblazoned on the front for your geek friend who also lives near the coast?

By the way, in case you’re wondering: TARDIS is an acronym for Time And Relative Dimensions In Space. Your geek friend will accord you respect for knowing that.

3. A Doctor Who dalek bathrobe

For those of you who are non-geeks, the daleks are The Doctor’s most infamous enemies. That said, every Doctor Who fan loves them.

Dalek bathrobes have the special pepper pot design on the lower half of the robe so that, when your geek friend wears the robe, he or she will look a little like a dalek from the waist down.

Game Of Thrones coasters are a great idea if you’re on a budget. For about $10, you can pick up a set of four. Each coaster features a sigil from one of the major houses in the Game Of Thrones series.

This is an idea that should rock with younger female geeks. A Hunger Games training t-shirt looks just like the shirts that were worn by the candidates (including Katniss Everdeen) when they were training for the death match.

If you’d like to shop for more items that make great geek gifts, feel free to browse online for some great stores in your area.