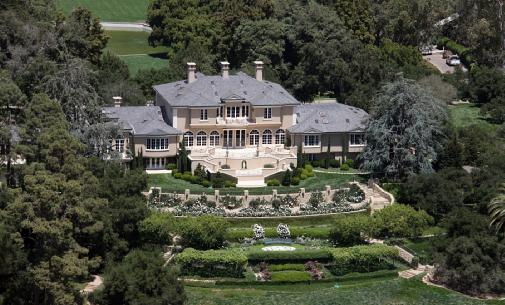 Want to know what a truly great home looks like? Check out these ten fabulous celebrity domiciles.

The longtime talk show host has a 23,000-square-foot mansion near Santa Barbara, California. It’s reported to be worth about $85 million, although who could really afford to buy it in the future but Winfrey?

The big guy has a massive 14,500-square-foot home in California, and it’s enough to “Terminate” most people’s budgets, but not this actor-turned-politician.

The former Sports Illustrated cover model has a $30 million home on Long Island, which has a 50-foot observation deck along with 11 bedrooms and 9 bathrooms, reportedly. That’s a lot of different places to apply makeup, although this beautiful woman probably doesn’t need too much of that!

Seinfeld’s $32 million mansion in the Hamptons on Long Island is rumored to have its own baseball diamond.

5. The Playboy Mansion of Hugh Hefner

This pile has got to be part of any celebrity home list. It was apparently purchased in 1971 for $1.1 million dollars, but now the Playboy Mansion is supposedly worth at least $54 million.

The cofounder of Microsoft has a 66,000-square-foot mansion near Seattle, and it’s reputed to be worth a whopping $147 million. It has tech trinkets and mysteries that are the buzz of geeks around the world!

The longtime television producer bought a 56,000-square-foot mansion near Los Angeles which is rumored to have a skating rink inside, as well as four garages.

The sometime host of American Idol has a $15 million mansion that is reportedly up for sale, if you’re in the market.

Also on the block is the psychologist and TV personality’s home, worth much less than Ryan Seacrest’s, with a more affordable $6.9 million price tag.

Perhaps you’re not a celebrity, but your home can have the amazing feel of a celebrity house. Maybe the simple makeover of opening up your home to more light would do the trick. Or you might put a classy new sink fixture in your bathroom.